Leading the Way in the Community – 44th Annual General Meeting 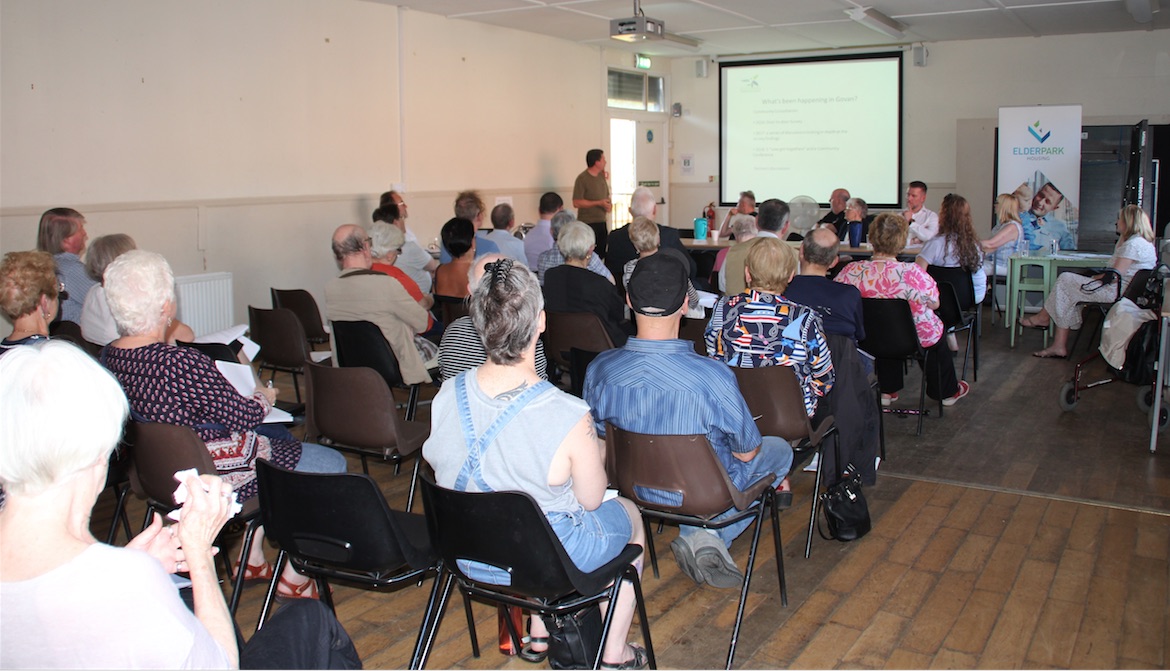 Elderpark is “leading the way” as we build more homes and puts our community first, Members were told at the 44th AGM.

The construction of 82 new homes in Govan is well under way, we are continuing with a multi-million pound programme to refurbish the tenement stock and remain deeply engaged in community regeneration.

A much-loved building is being saved and turned into new offices for Elderpark while we are engaging with the University of Glasgow to determine how we can help the community as it plans a new Govan campus.

The meeting was told the most recent customer satisfaction survey showed a ringing endorsement for Elderpark’s work with 96 per cent of tenants saying they were satisfied with the service it provided.

In his remarks to the meeting held at Elderpark Community Centre,  Chief Executive Gary Dalziel praised Members for continuing to support the organisation.

He added “I also want to commend the Staff and the Committee because, put simply, they really do care about the delivery of good homes and supporting our community. We are also leading the way in outstanding customer service and our most recent customer satisfaction survey bears this out.”

The meeting heard that over the last few years 306 tenement flats had been refurbished in Elderpark’s ongoing programme at a cost of £3.36 million with another 112 due to be improved.

These works were significant including new bathrooms and kitchens, internal doors, new boilers and new radio-linked smoke alarms which are a notable feature of fire safety improvements across the housing association sector.

Gary also paid tribute to Elspeth Millen, the retiring Chair, who has served on the Management Committee for 23 years. He called Elspeth a “true servant of her community” and wished her well and thanked her for such long service now that she was leaving the Association.

Meanwhile, the iconic, landmark “Hills Trust School” near Govan Cross is being given a new lease of life and turned into new offices for Elderpark Housing which will be ready at the end of the year. The building was bequeathed to the community by a 19th century philanthropist and has lain empty for some time.

And in a significant development, we are engaging with the University of Glasgow as it prepares to build a new campus in Govan. Working together, the three local housing associations have already had high-level meetings with the University to establish how they can support this innovative project.

A key priority is the delivery of learning opportunities for local people – something the University has indicated it is strongly supportive of. Elderpark said the ”vital local knowledge” housing associations possess would be ”invaluable” to the University.

Copyright © Elderpark Housing 2020 | Registered Scottish Charity No. SCO32823 Property Factor Registered No: PF000197
Website by
We use cookies to offer you a better browsing experience & analyze site traffic. Disable your browser cookies or read about how we use cookies in our Privacy Policy. If you continue to use this site, you consent to our use of cookies.
Accept & Close